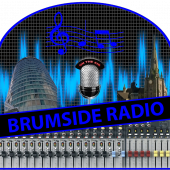 From Digbeth and the Balti Triangle, to Coventry and Cannock Chase Forest, learn why Birmingham and the West Midlands is the perfect location for the 22nd Commonwealth Games.

With its rich industrial heritage and diverse cultural make-up, Birmingham is the beating heart of the West Midlands. As athletes, officials and visitors from across the Commonwealth explore this vibrant corner of the UK, they’ll discover the true story of the region.

Meander the canals at Brindleyplace, devour fiery curries in the Balti Triangle, or head to the revitalised industrious areas of Digbeth and the Jewellery Quarter. Sitting at the heart of England, Birmingham is a city that continues to evolve with thriving culinary and music scenes.

The sports venues are spread throughout the region in places like Royal Leamington Spa, Sutton Coldfield and Coventry as well as the redeveloped Alexander Stadium in Perry Barr, and the newly built Sandwell Aquatics Centre.

Fall in love with the poetic charm of William Shakespeare’s Stratford-Upon-Avon, investigate the imposing fortress of Warwick Castle, or immerse yourself in nature while roaming the glorious Cannock Chase Forest or one of the region’s many parks.

Visiting the West Midlands couldn’t be easier. Located in the centre of the UK at the heart of the UK’s motorway network Birmingham is less than 2.5 hours drive from London, Manchester, Leeds and Cardiff.

Birmingham International Airport is located 20 minutes outside of the city centre providing direct flights from more than 40 international destinations. Birmingham’s New Street train station is accessible in just 1.5 hours from both London and Manchester opening up further connections from additional international airports.

When you arrive, getting around the region is made simple due to the excellent travel network including the West Midlands Metro, bus and local train services.

Let our non stop playlist supply your ears with the best music from the 60's to the present day.